Rubric: “Fantasia imitating the last Kyrie of the Missa De beata virgine by Josquin. Mode 1, second level [of difficulty]”. The piece is composed by interpolating original material with material derived from Josquin’s second Kyrie thus:
1-12 Josquin
13-33 Valderrabano
34-56 Josquin
57-105 Valderrabano
106-120 Josquin
120-129 Josquin [?]
The material is worked in to a homogeneous & satisfying context, approaching the “rhapsodic” style described by Ward that is basically non-imitative on-going polyphony. The themes I have listed are largely points of demarcation rather than central structural elements. The sectionalization in the following diagram is made on the basis of cadences. 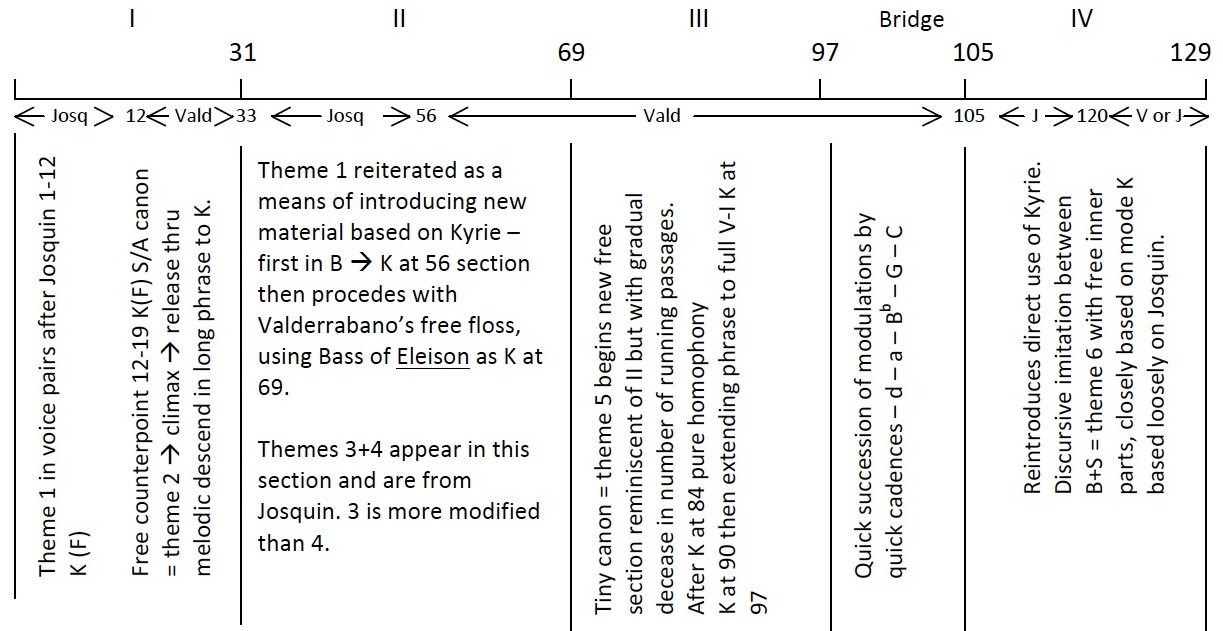