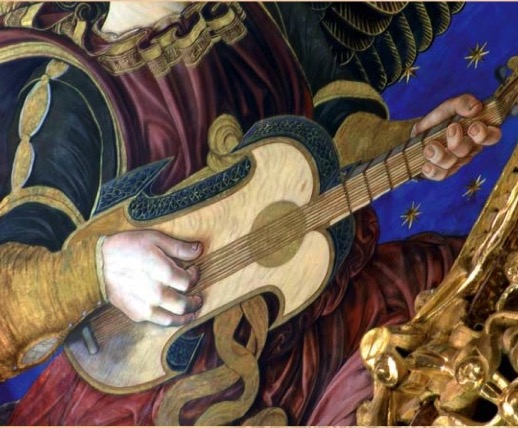 ARTWORK
This fresco was discovered in June 2004 during restoration of the Cathedral. It had been hidden above a baroque ceiling superimposed on top of it. The works were commissioned by Cardenal Rodrigo Borgia on 21 May 1496 and were realised by Paolo de San Leocadio during 12 years together with Francisco Pagano. The fresco is considered to be San Leocadio’s masterpiece. The paintings of the angel musicians are dated 1474.