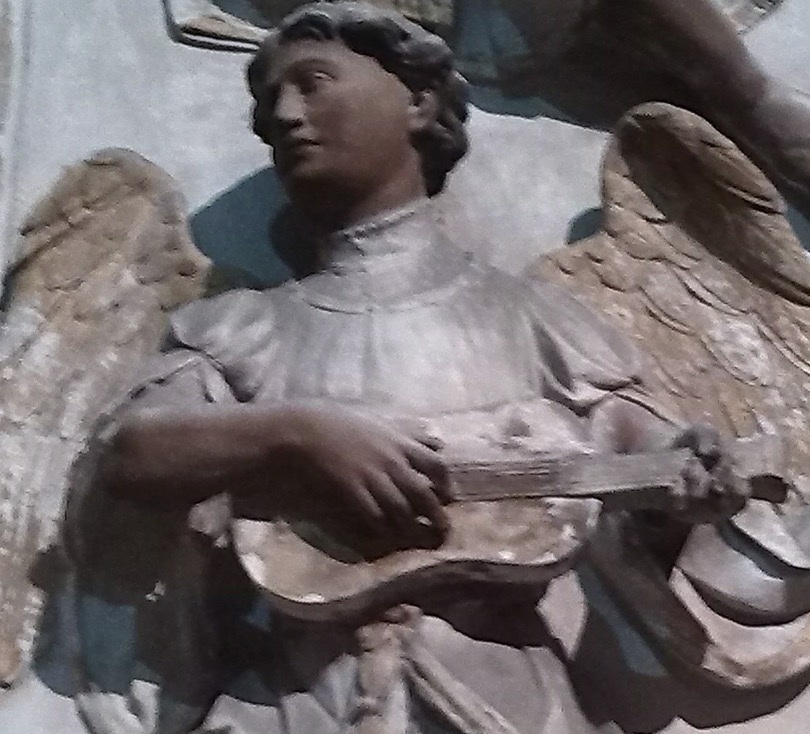 ARTWORK
The old cathedral in Coimbra dates from the 12th century, but the Capilla del Santísimo Sacramento was built on the right hand side of the nave by Jean de Rouen in 1566. The chapel is designed with Christ and the Apostles on high as if in Council, with the Evangelists with the Virgin and Child, flanked by musicians playing vihuela, harp and two wind instruments. The chapel was commissioned by D. João Soares, one of the Portuguese bishops who attended the Council of Trent. The design of the chapel ostensibly aims to reflect the transformation that the Church was undergoing.

INSTRUMENT
A small plucked vihuela or guitarra being played by an angel. The instrument has an elegant profile and appears to be accurately copied, although the pegbox is unusual, and presumably an attempt to imitate a flat pegbox. There appears to be no damage to the pegbox from the available photographs. Similarly, it is not possible to see the exact number of strings, although it appears that is probably a 4-course instrument. It has a standard flat bridge and round soundhole.