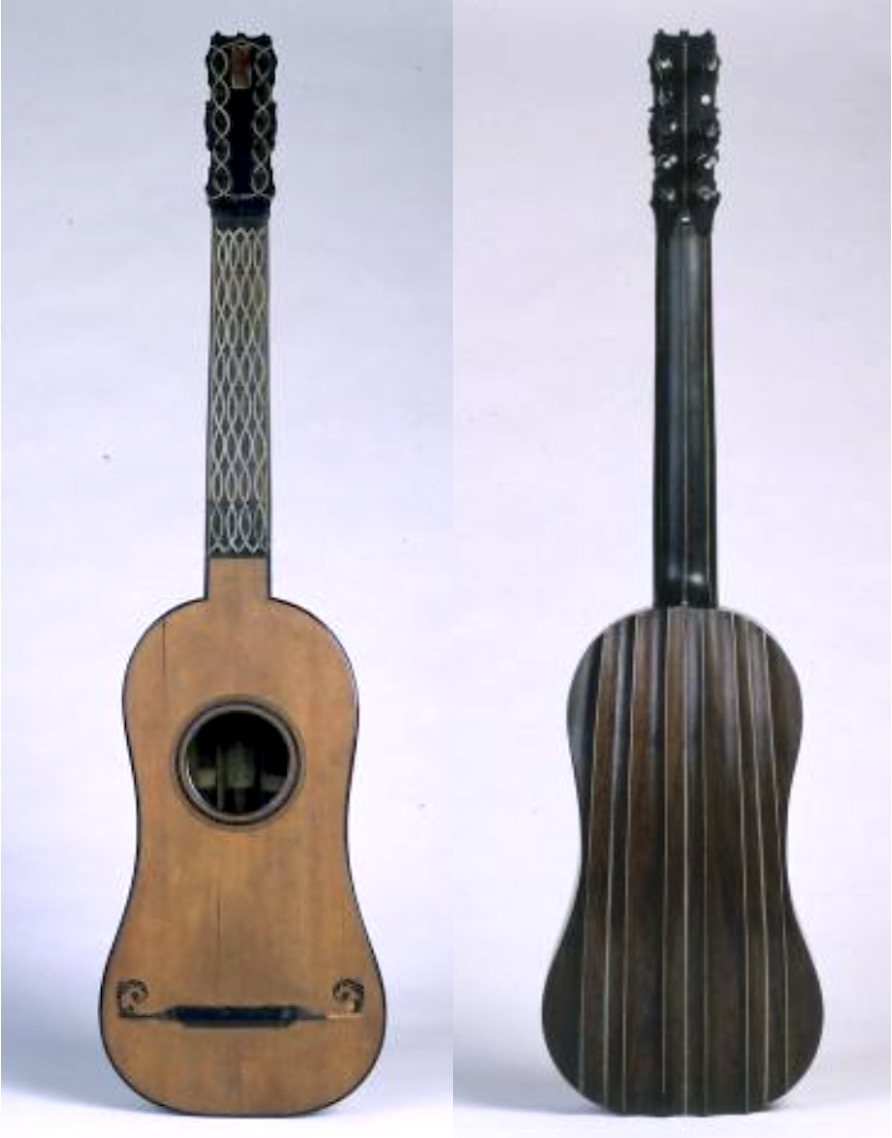 INSTRUMENT
This instrument, a vihuela or guitar, built in Lisbon in 1581 by Belchior Dias, is held in the collection of the Royal College of Music, London, inventory number RCM0171