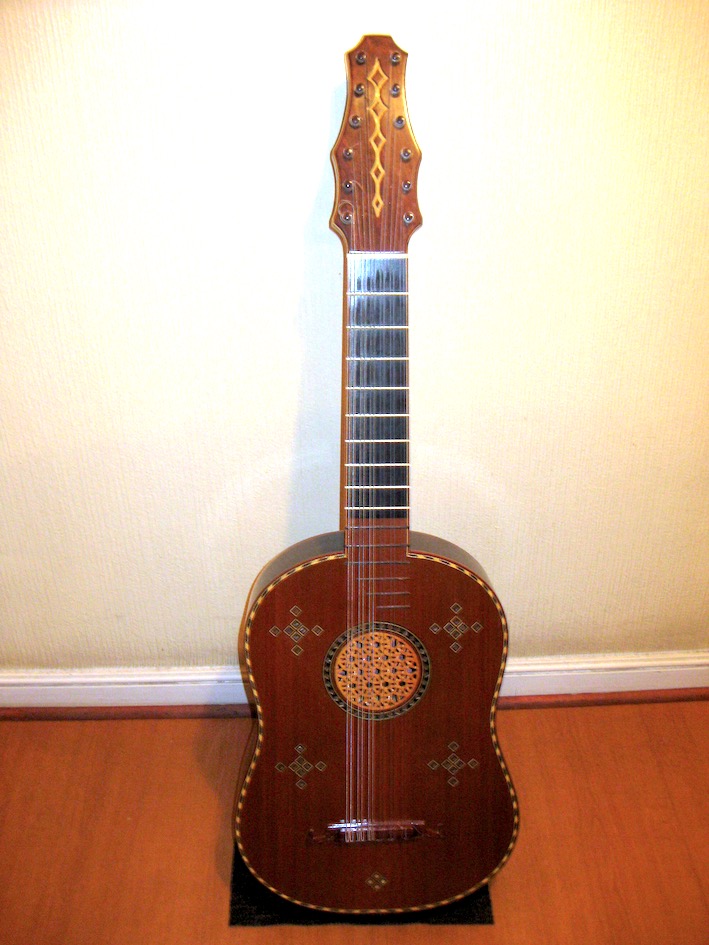 INSTRUMENT
This vihuela built in 1974 is claimed to be the first modern vihuela built in Chile. This instrument was built with advice from renowned Chilean guitarist Luis López, supposedly according to historical principles but is an example of the way that the vihuela was interpreted by modern guitar makers preceding the revival of instrument building based on museum models.

The soundboard is from Canadian red pine, the back and sides from Brazilian Jacaranda, ebony fingerboard, decorations in mother of pearl and other woods. Fixed metal frets