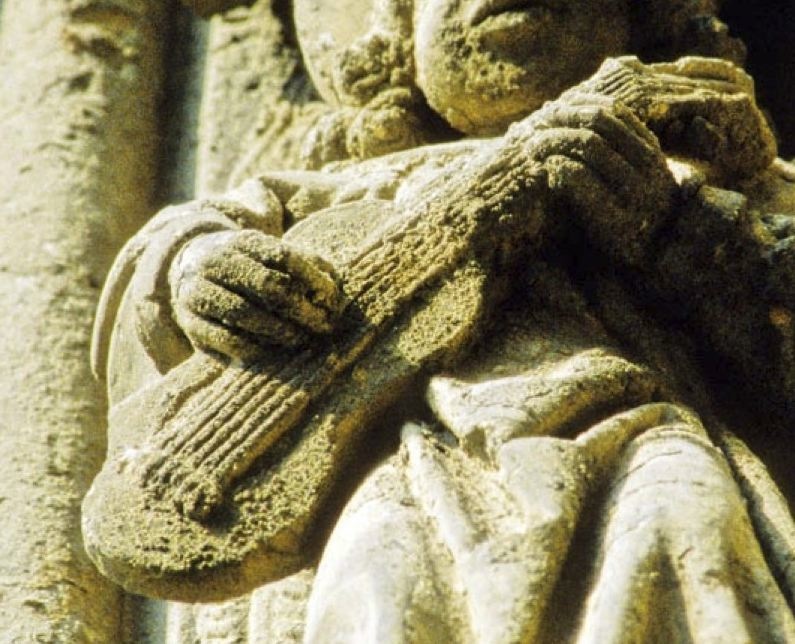 INSTRUMENT
Sculpture of a Vihuela de mano being played by an angel on one of the archivolts of the church in Requena. The vihuela’s soundbox has incurved waists with bouts of approximately equal width. It is shallow and flat, with a short neck with a flat angled pegbox. It is difficult to distinguish the number of courses from the photograph, but it appears to have five if not six courses. It classifies generically as a vihuela, although some might prefer to classify it as a guitar. Carlos González describes this instrument in his 2007 Calendar as a “guitarra de cuatro órdenes (ocho cuerdas). In the illustration, between the right hand and the bridge there are six distinctive ridges. This might make it a six string instrument, or a five course instrument if we count the valleys rather than the ridges.