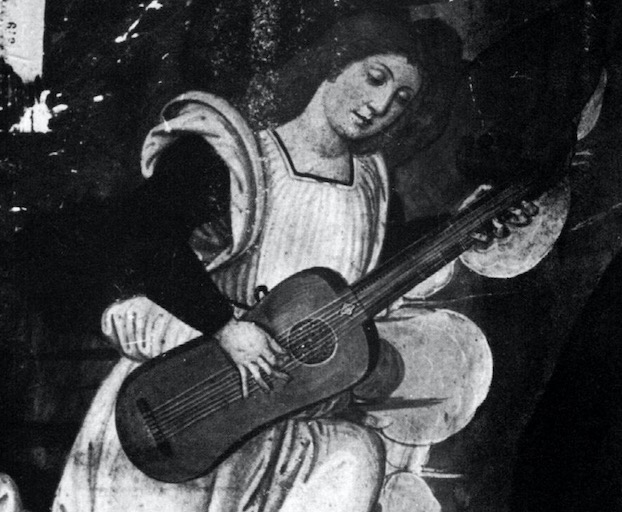 ARTWORK
‘Coronation of the Virgin’ by a painter of the Valencian School. Regarded as anonymous by some writers, some art historians have attributed the painting that includes this angel to be the work of the Maestro of San Lázaro. This is not confirmed, however. Woodfield dated the painting as early 16th century (woodfield1984), whereas Bordas suggests that it might be from the late 15th-century. The painting includes both a vihuela de mano and vihuela de arco 15-327b.