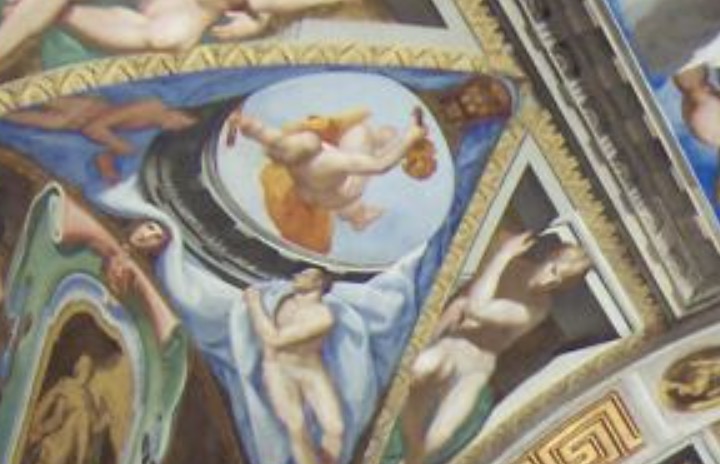 ARTWORK
Ceiling of the Library in the Palace of El Escorial. The painter, Niccolò Granello was a member of the team that commenced the artworks in El Escorial in 1581, commencing the work in the library in February 1591. He died in late 1593.


INSTRUMENT
The cherub holds a small vihuela de arco with cornered waists, C-holes on the soundboard and a raised fingerboard. Little more is distinguishable. Poor quality photograph taken in July 1994 by John Griffiths