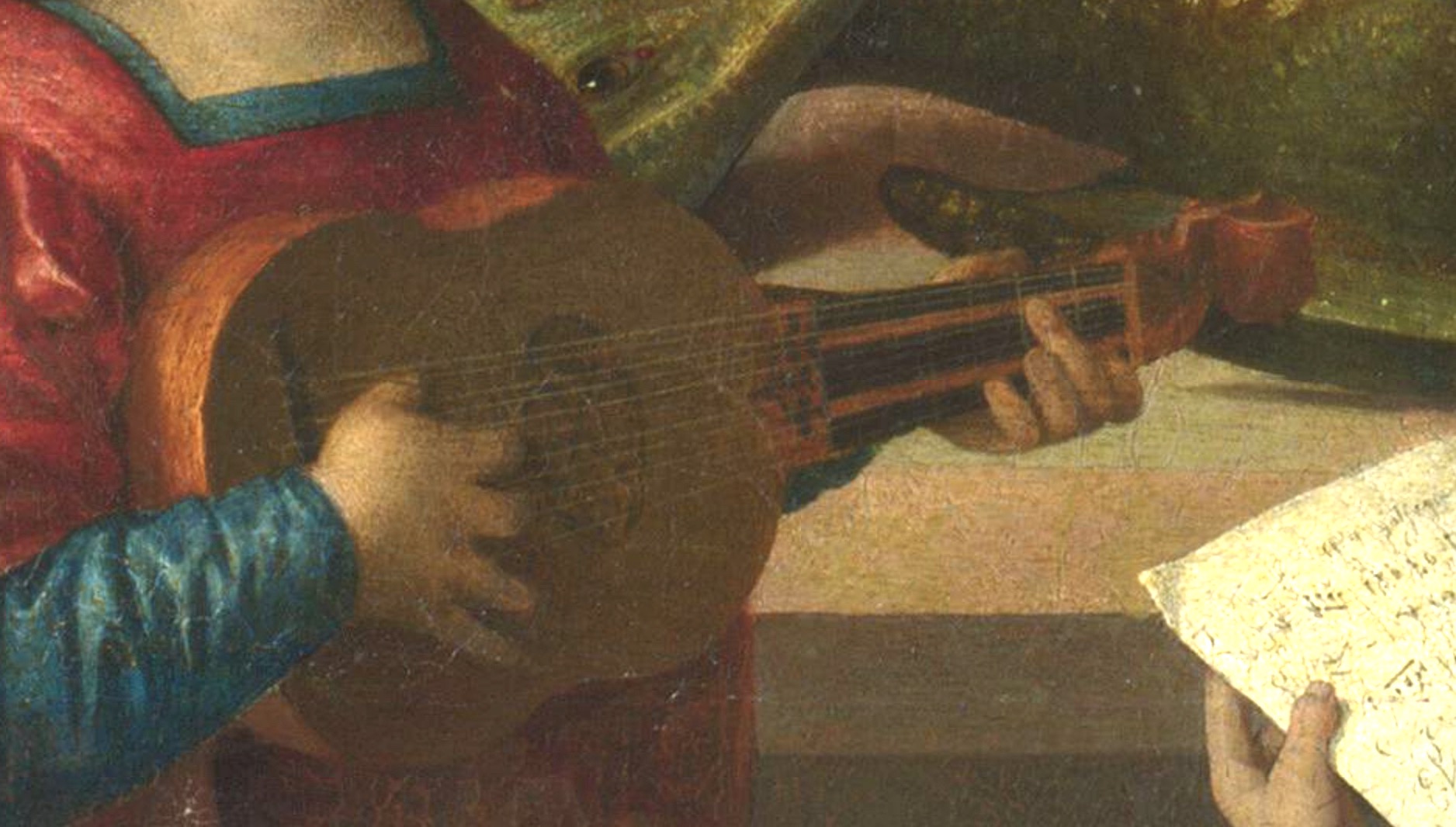 ARTWORK
"The Virgin, the Child and St Anne", Girolamo dai Libri, oil on canvas, painted between 1510 and 1518 for S. Maria della Scala, Verona. 158.1 x 94 cm. Bought by the National Gallery, London in 1864, catalogue no: NG748.
This is one of two known depictions of vihuelas by Girolamo dai Libri (see 16-126). The instrument is being played in a group of three angel musicians, seated at the Virgin’s feet. A singer in the middle, with the vihuela to the left and a lute to the right. The instruments are depicted with great detail, and the accuracy of the left-hand chord position etc, suggests that it was copied from life or from an accurate cartoon. The music being sung is also accurately depicted and could possibly be identified (but from a better photograph than what is here), although it looks possible that this has been retouched. The beamed quaver heads look rather suspicious for its age. According to the National Gallery web record (URL below), the painting was the central panel of a triptych in S. Maria della Scala, Verona. The dead dragon at the feet of the Virgin and the olive branch held by the Christ Child may refer to the ending of the 1516 siege of Verona. The commission of this work was connected with an outbreak of the plague from 1510-12.

INSTRUMENT
Small vihuela with incurved sides, flat back, ribs in a reddish wood, and a flat bridge and rosette above the centre of the body on a soundboard probably of pine or spruce. Clearly strung with six courses (5x2 + 1x1), eight frets tied around the fingerboard and an inlaid neck, finishing in a scroll pegbox. This instrument is mentioned in guit1980, p. 183, but not depicted.