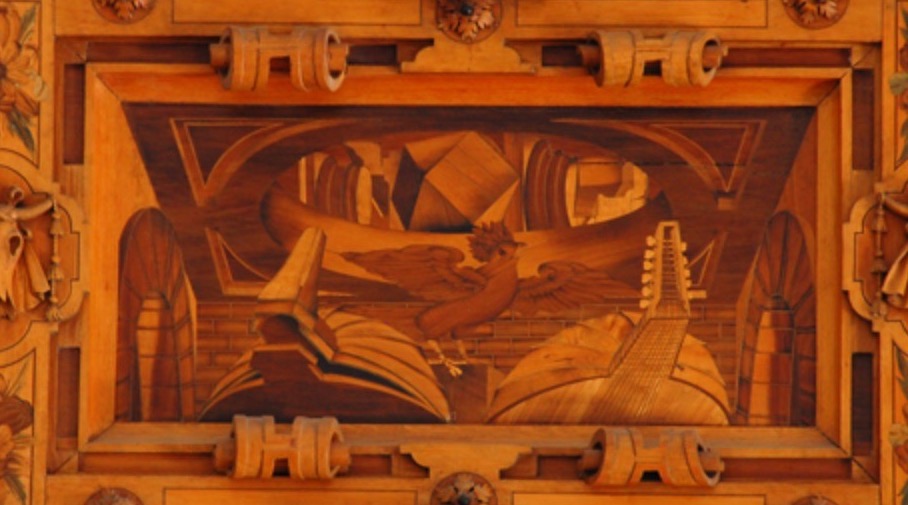 ARTWORK
Intarsia above the doorway to the Salón de Embajadores, in the Palace area of the Monasterio de San Lorenzo de El Escorial, commissioned by Philip II from Bartholomew Weisshaupt of Augsburg. It depicts a six-course lute alongside its case. The angle from which the objects are depicted is exceptional and reveal it as an exercise in perspective. It is part of a work closely connected with the advanced mathematics of its age.

It is generally regarded accepted that these monumental doors are from the Augsburg circle, probably by Bartolomé Weisshaupt. and that Philip II commissioned the pair of doors from him. Augsburg city historian, Paul von Stetten, affirms that between 1562 and 1568 Weisshaupt finished some artistic cupboards for king Philip II of Spain. Jeremiah Jamnitzer, son of the silversmith Wentzel Jamnitzer, author of Perspectiva corporum regularium, was hired to bring the doors from Germany.

INSTRUMENT
A 6-course lute with a back of 11 ribs.