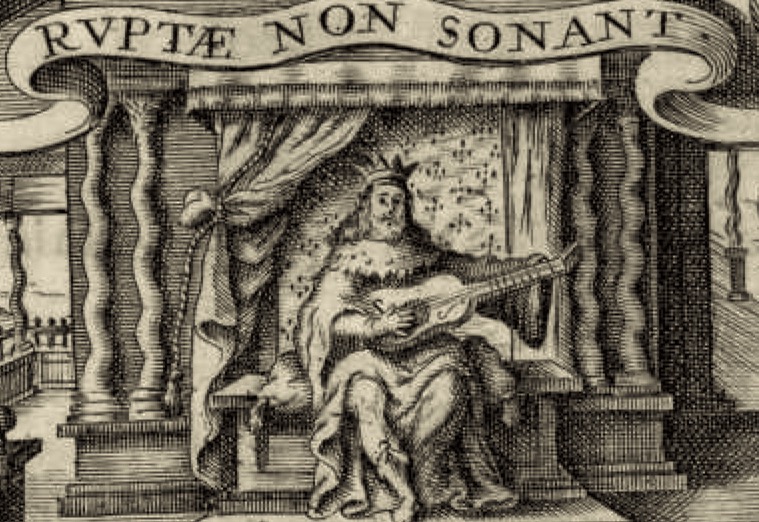 The guitar, called vihuela here probably to reinforce the fact that the author is talking about a noble instrument, is used to show that music is to be used as an emblem of good governance. Juan Baños de Velasco makes a comparison between the strings of the vihuela and a prince’s subjects to speak of the moderation that the sovereign prince should show towards them. The engraving is headed “Ruptae non sonant” - Broken they will not sound.

INSTRUMENT
The instrument has the characteristics of a seventeenth-century guitar. It is waisted with clearly different widths of the two bouts, a bridge with moustaches, and the rosette at the instrument’s waist. The neck has eight tied frets, not all parallel (probably deliberate) and an angled flat pegbox. The prince is depicted tuning the instrument and there is a broken string on the soundboard.